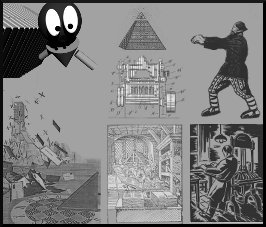 Foreword to the Sixth Edition

Welcome to TFM. Herein lies the sixth edition of the guide to both the UTS Faculty of Engineering and Information Technology and the UTS Programmers' Society computer systems. TFM in its various guises has now been around for 23 years[1]; that is older than some of the members of the Programmers' Society at time of writing (maybe older than you).

This revision has been some time in the coming. It has been discussed for several years before the collective dialogue overcame the inertia of a pile of .tex files[2]. Of course, this long gap between editions has allowed UTS to change (almost) everything. Amongst these significant changes; IT has merged with Engineering, all the Schools have changed names, the courses have changed, the subjects have changed, UTS now focuses on IT over Software Engineering and doesn't even mention Computer Science. This edition of TFM attempts to paint a picture of UTS:FEIT in 2013, built firmly on impressions from late 2009 onwards[3].

The Programmers' Society, of which you are, or should be, a member, is a loose group of coders and other right-minded peoples with a shared interest in UNIX, programming, and teaching. We provide a social environment, assistance with problems in our areas of interest, and resources for student projects.

We hope you find TFM to be both useful[4] and enjoyable. As always, if you have any comments about TFM or suggestions for future editions (should they ever be printed), please send "ye olde electronic mail" to our primary mailing list progsoc@progsoc.org, or to the writers of each section[5].

We're really glad that we've finally got this edition out the door -- seriously, it's been far too long between drinks!

Fred Toomsh
Placeholder editor-in-chief of TFM, until someone is willing to assume editing credit.
February 2013